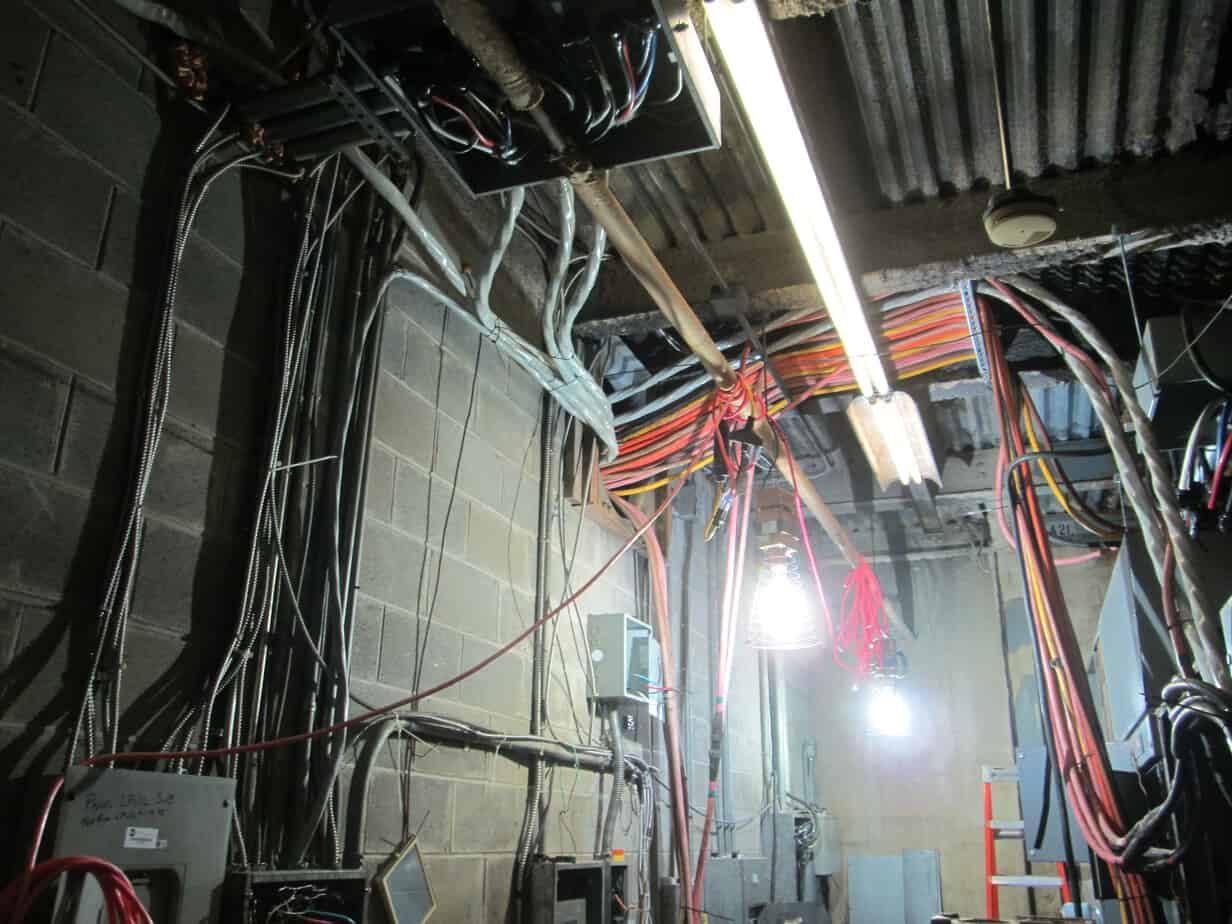 I’m about to show you some photographs of the Hasbrouck Heights Hilton Hotel in Bergen County NJ main electrical service before and after a catastrophic electrical failure.

A Call for Commercial Electrical Construction

It was Friday, September 28, 2018 when we received a phone call from the Hasbrouck Heights Hilton Hotel. They had an explosion and fire in the main electrical room in the basement. Seen here is the bus duct failure that was so catastrophic it melted the chassis, feeder cables, and splattered aluminum all over the walls in the main electrical room.

The heat on that steel beam above the bus duct. It was so hot that everything is discolored. Other feeder cables that failed because of the heat that was inside the main electrical room. The grounding electrode conductor melted completely in half because the fault current was so high during this fault.

Again, another section of the bus duct that blew out. The bus inside the main switchgear and the bolts that bolted the bus together, that were made of brass, actually melted in half and the bus bar became unbolted.

More damage above the switchgear where you can see the plastic melted. Another section on the bus duct that blew out. And another grounding electrode conductor picture where you can see it’s completely melted in half. 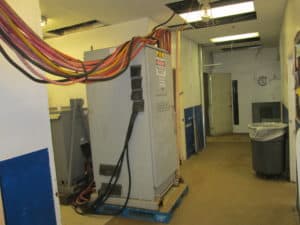 The feeder cables that went outside to the generator from our 480 volt panel to our 425 KW diesel generator outside.

This is the original PSE&G transformer in its location outside before this failure happened. And now, this is the finished outside of our 15,000 volt switchgear on the right, or 1500 KVA transformer on the left, and our 480 volt distribution where the old PSE&G transformer was so we could reuse the conduits going into the building.

And I’ll explain more in detail about this outdoor switchgear in the next video.